When the polar night loosens its grip in February, the light gradually returns. At the same time the level of activity and energy increases – humans and animals want to get out, they want to explore! The days quickly get longer until at the end of April the midnight sun is shining on a still winter clad landscape. As summer approaches, small flowers blossom, and abundant wildlife replaces the winter solitude.

Svalbard is a Norwegian archipelago in the Arctic, located midway between Norway and the North Pole. Although the archipelago has an arctic climate, the temperature is significantly higher here than in other areas at the same latitude. The flora benefits from the long period of midnight sun which compensates for the polar night. Svalbard is a breeding ground for large quantities of sea birds, but is also home to polar bears, arctic foxes, reindeer and marine mammals. Seven national parks and twenty-three nature reserves cover two-thirds of the archipelago and protect this pristine and fragile wilderness. The land mass is varied and largely covered by glaciers, and otherwise is comprised of many spectacular mountains and fjords.

The wilderness of Svalbard offers a unique and fascinating experience. The light and silence draw us here where vast landscapes become works of art. Midnight sun, polar night, northern lights and the incredible blue light of polar dusk. Reality becomes fairytale, something one has to experience to understand! 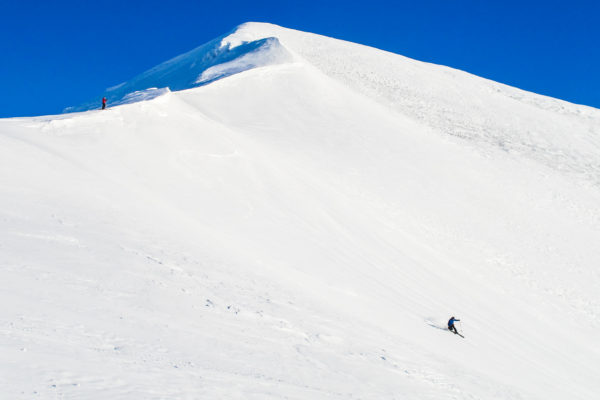 Svalbard, located midway between the North Pole and mainland Norway, is one of the world’s most exotic destinations offering fascinating scenery. Our expeditions to Svalbard are tailored. Our goal is for you to realise your dreams with our expertise and local knowledge.